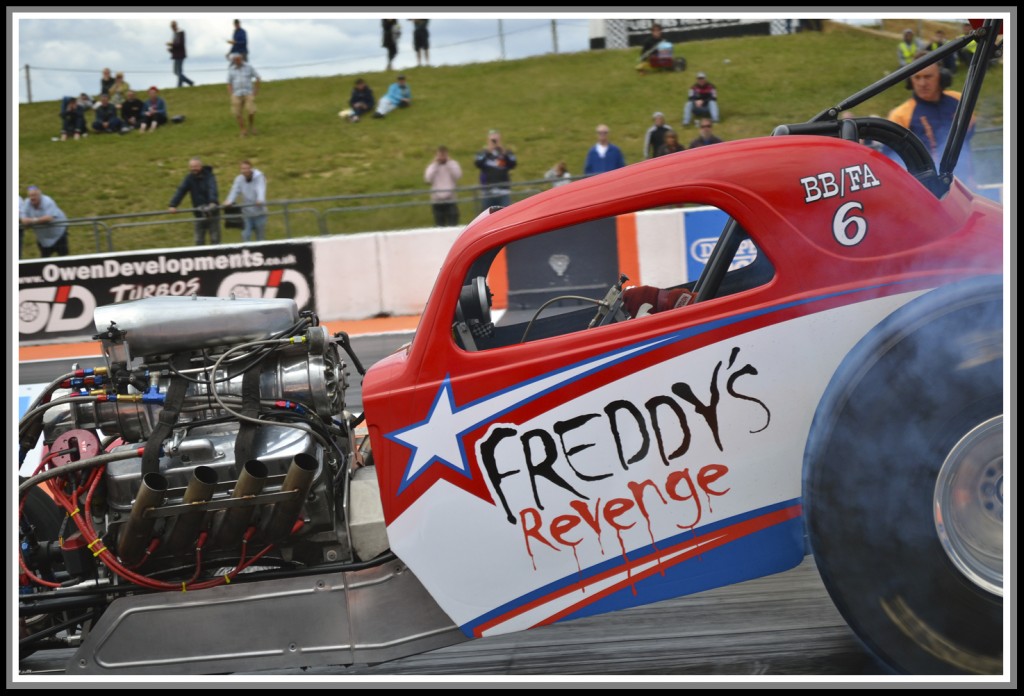 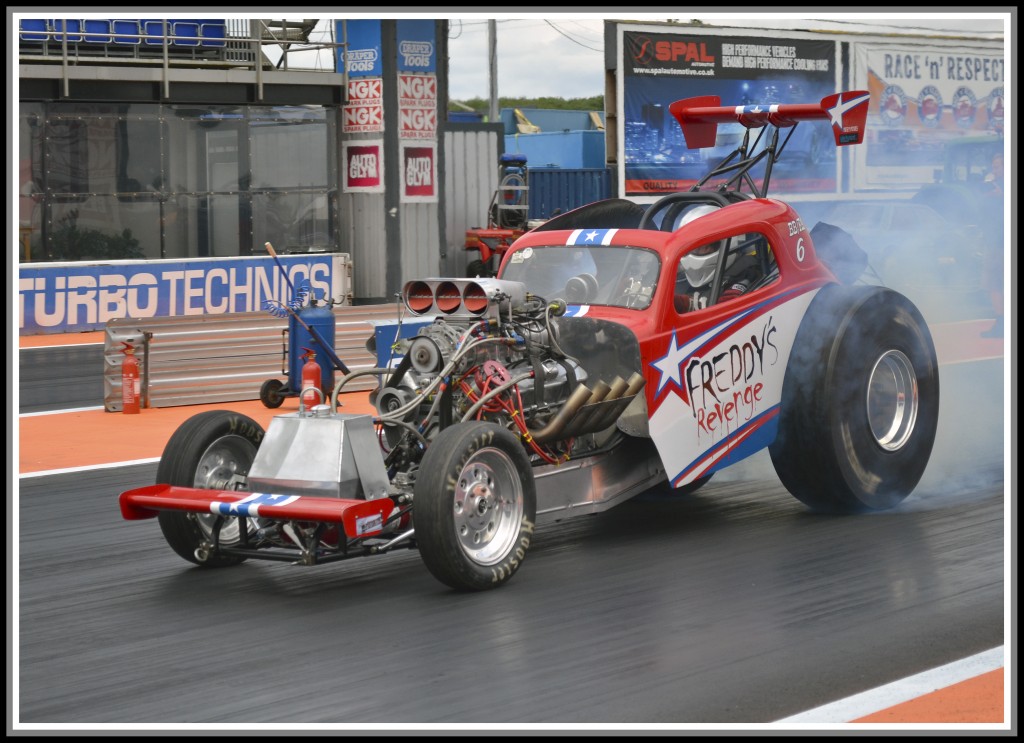 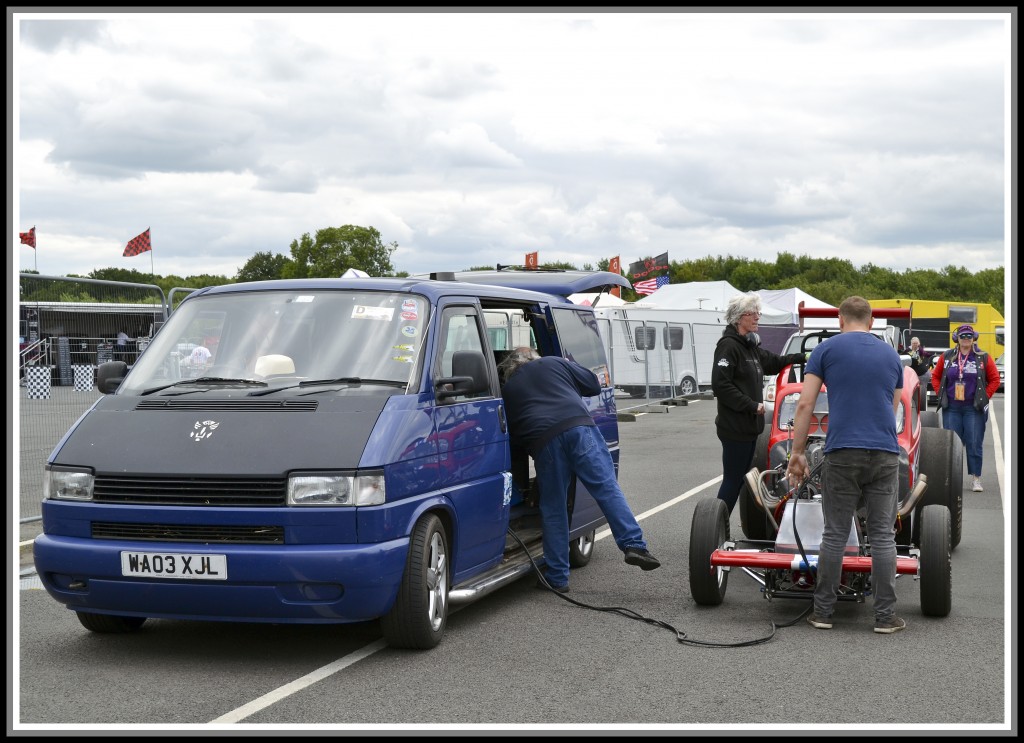 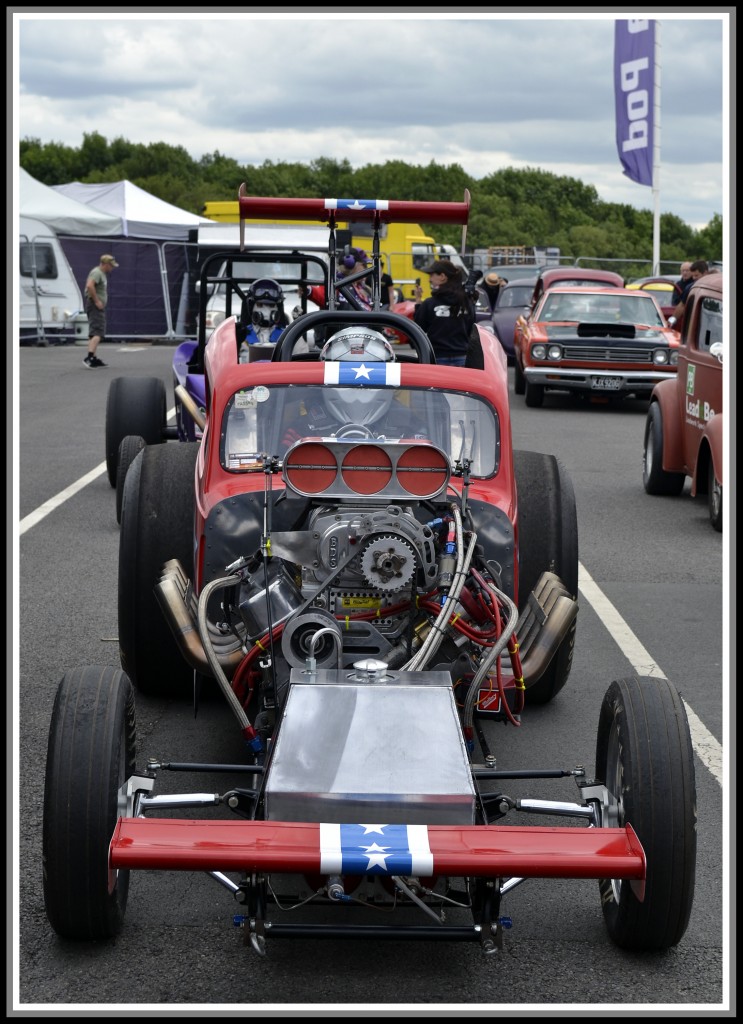 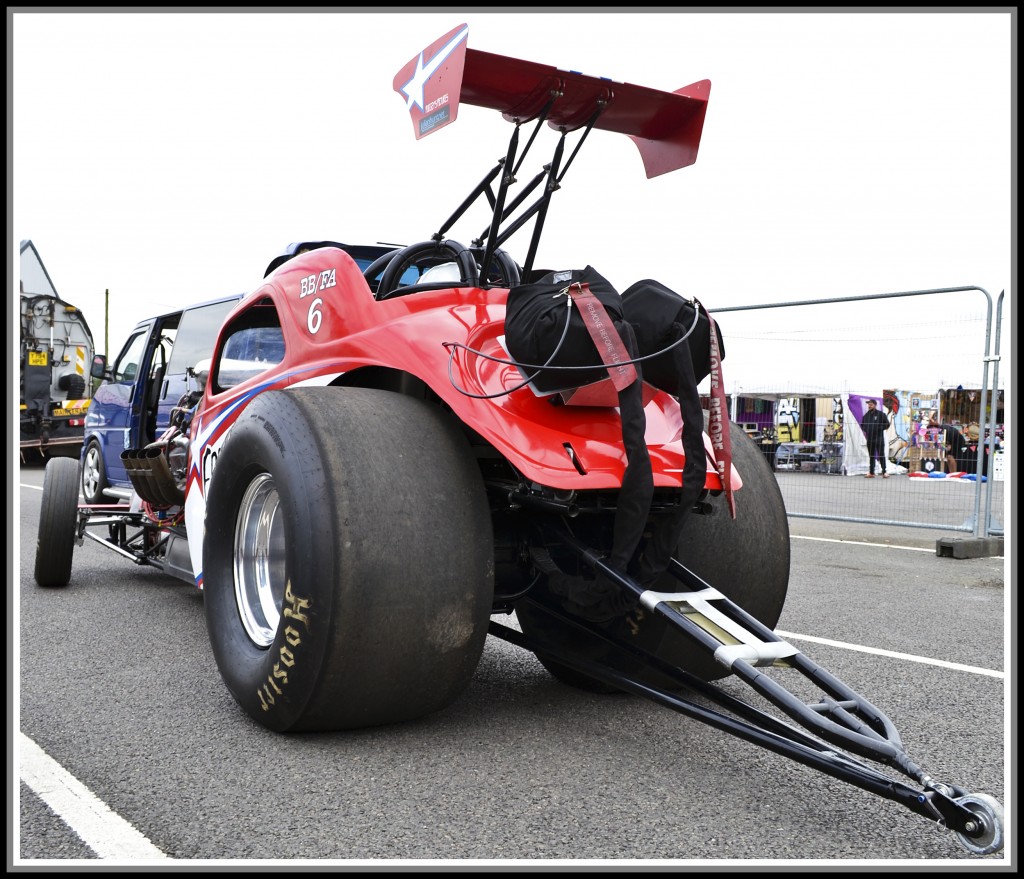 After the Festival of Power there was a whole heap of repairs to be carried out; we didn’t know if parts were salvageable or if new would be required; so the first thing to do was to send them off to be looked at by the professionals. Gaz took the cylinder block to Andy Mapes, we took the crank to Thomas Hamlin, and took the sump to Paul Hart Welding. By late May we had received the good news that all our parts were repairable, so we sat back and played the waiting game for these to come home again. In true Freddy’s Revenge style it was in the last two weeks that Freddy was starting to look whole again. A fire-up the weekend before Dragstalgia gave us the nod that all was working and sounding sweet.
We got to the track on Thursday afternoon after a mainly smooth journey. We unpacked, set up camp and timed it nicely for Dave and Hils to arrive and put dinner on. Friday was a set-up day for us, we decided to prepare Freddy in the morning, so we enjoy the RWYB action in the afternoon. It makes a change for us to enjoy some spectating and down time like that.
Saturday rolled around and we waited for our call, towed down the fire up road, Robbie suited up (which in the gorgeous weather wasn’t ideal as such) and got strapped in. Our first run was a match up with Steph Milam. The plan was a half pass, or as TC called it a ‘Maltese half pass’ – the guys from Malta will aim for a half pass but then when it feels good they stick with it until the ¼ mile, so that meant if all was going well he was fine to stick with it. Robbie pulled around and lit the tyres nicely on the burnout, he was then backed up by Jo who usually backs him up but on this occasion was 33 weeks pregnant, so Robbie had 2 BUGs – with the baby being his future goddaughter. TC brought Robbie to the line while Dave Milam did the same with Steph in the other lane, once the lights went green Robbie was first off the line by 0.3 seconds. Everything was looking well from the start line and there was no doubt that Robbie’s right foot was down until past the 1/8th mile. Running an 8.45 straight off the trailer, the team were all happy. Steph took the race with a 7.4.
Back in the pits we pulled the bottom end off to check all was looking ok, after the damage at Easter we knew where to look first. All was looking great so we put her back together and got ready for the second run. In the afternoon session we were paired up with Jim Draper. Robbie again lit the tyres nicely, bearing in mind he’s still fairly new to the car he has a throttle stop on for this so it’s never a super smokey Fast Freddy style burnout but soon enough…. Big Brother Chris was Robbie’s BUB (Back Up Brother/Bloke) this time. Once lined up with Jim, the lights went green and they were off. Robbie experienced as such his first run with altered style snaking (actually, altered style is all over the shop, so he experienced his first snaking) but he stuck with it until the finish line and took his first win, ran a new PB E.T. of 7.85 and at 174mph was one mph off matching his PB speed! Great stuff! Robbie said the run felt great and he barely felt the on-track movements, the team were all completely chuffed and the cheer/applause from the crowd topped it off.
We towed down on Sunday, to be paired with Jim Draper. Robbie lit the tyres again on the burnout but was unfortunately shut down for a fluid leak. Back in the pits we pulled the bottom end off again as the fluid seemed to be oil. A good look around showed the oil was coming from the rear sump gasket, which when it was taken off split in two. With just one of these in stock we hurried to fit it and get the car back together and fired up to see if this would work. On the fire up we could still see oil hastily dripping out, so we knew the gasket we had wouldn’t do the job. The team agreed to call it a day, get packed up and set off home. We were leaving with only a teeny tiny repair required and a new PB, that’s what we call a successful weekend! 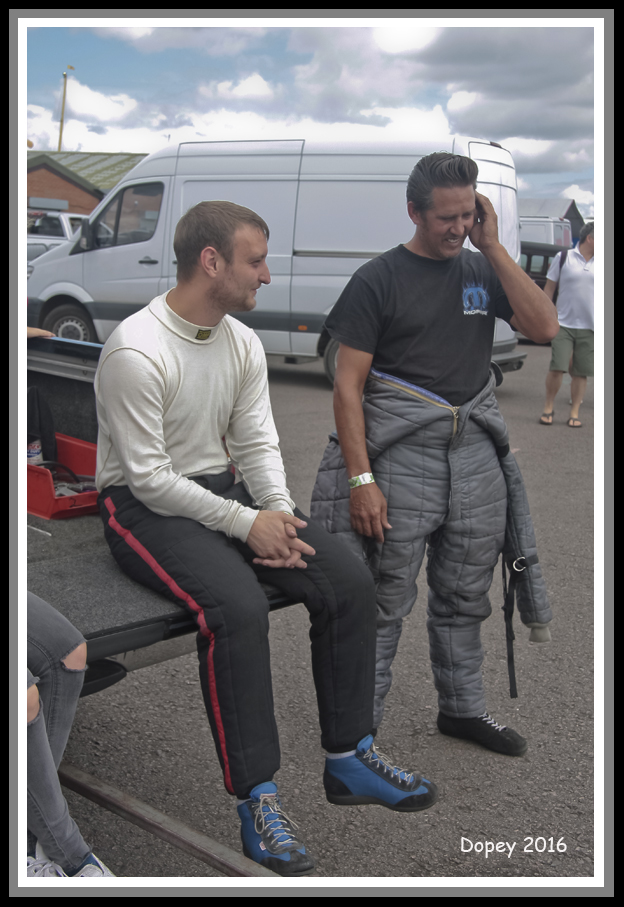 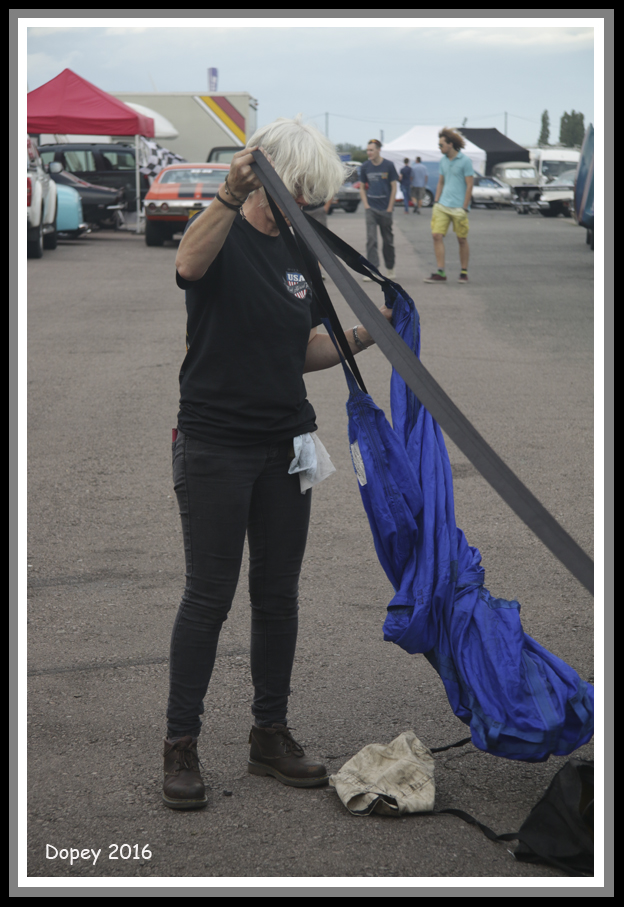 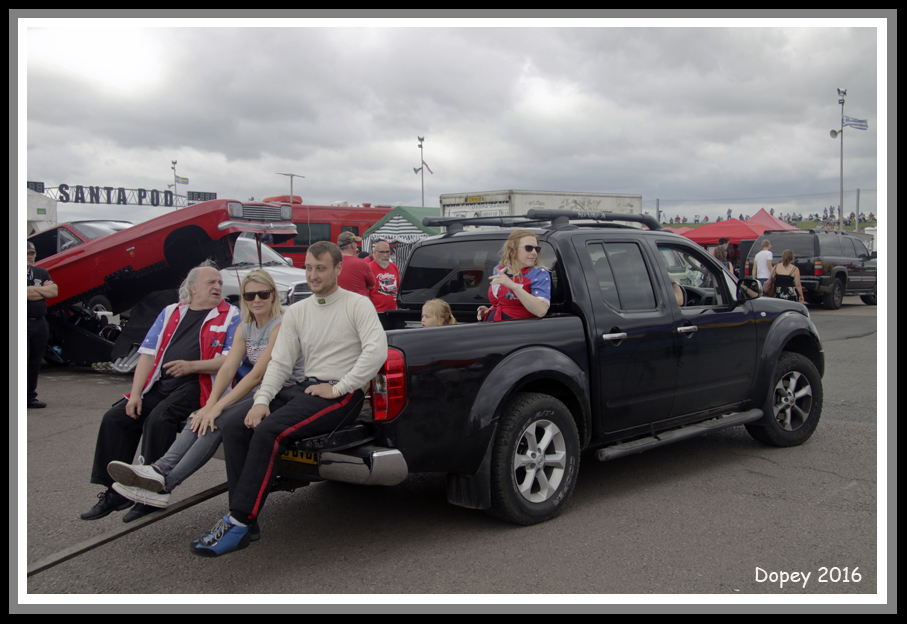 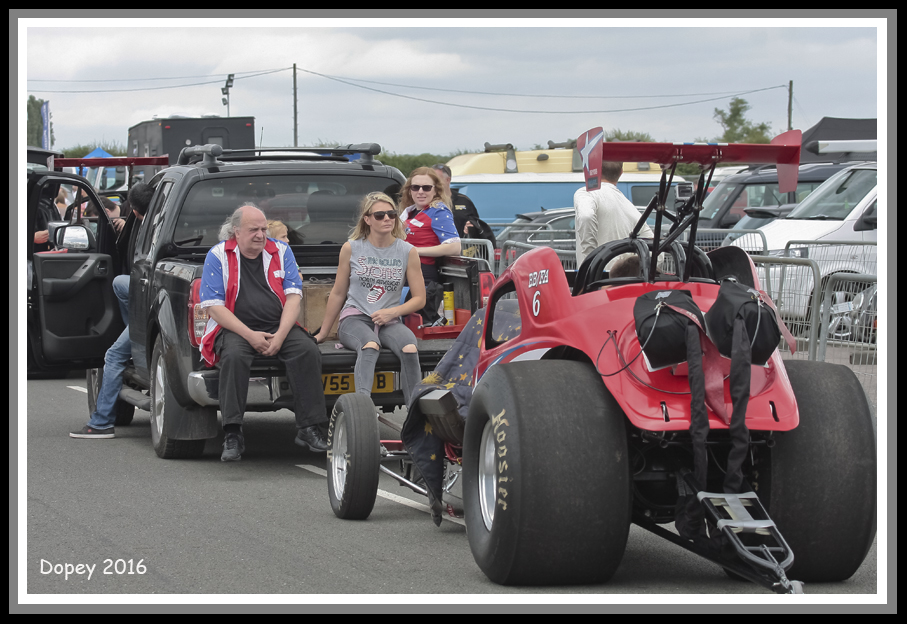 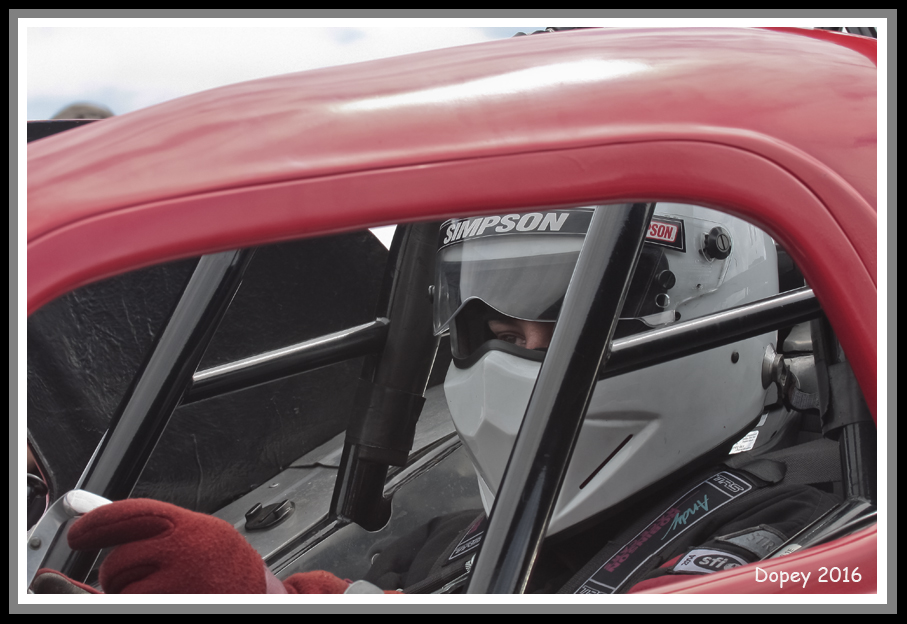 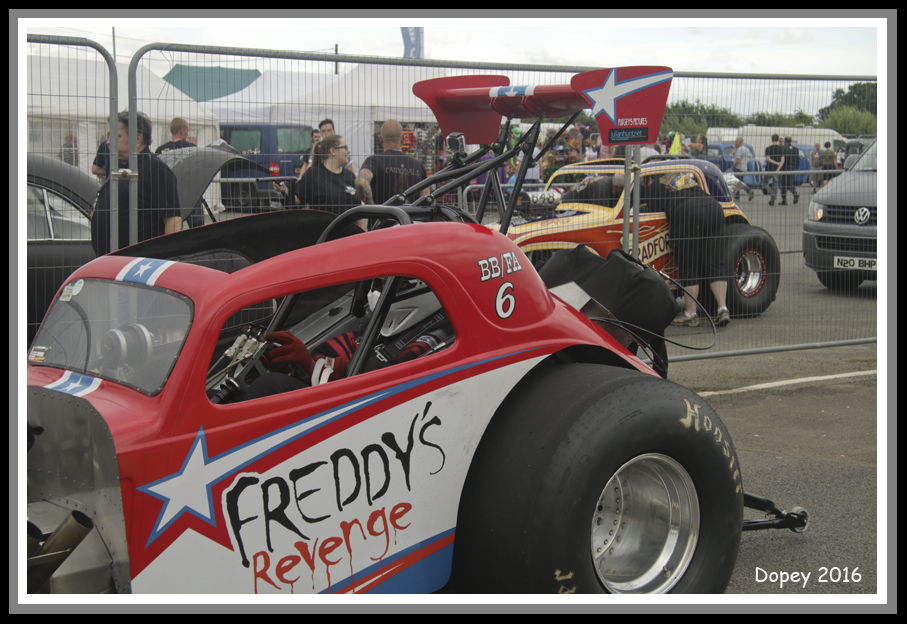 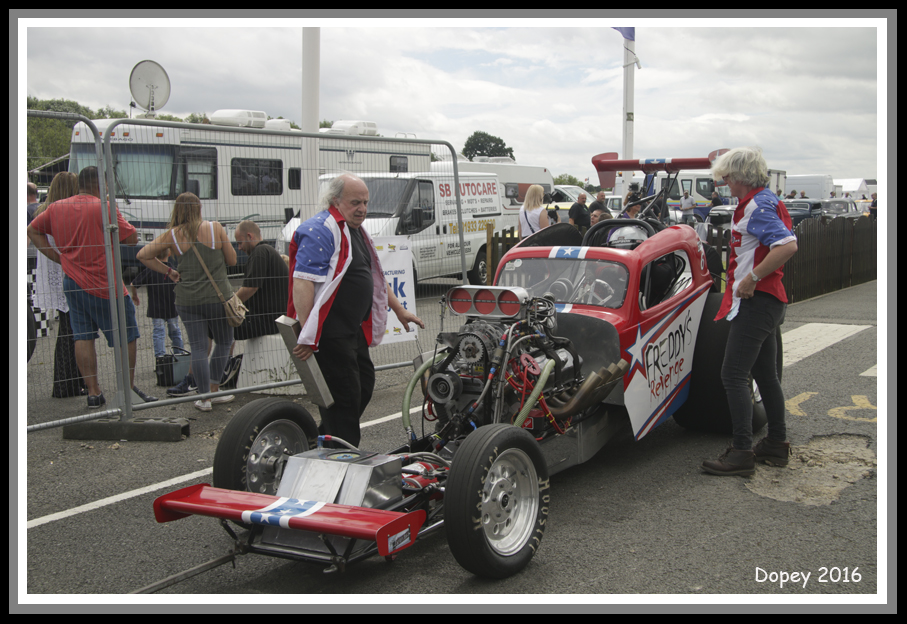 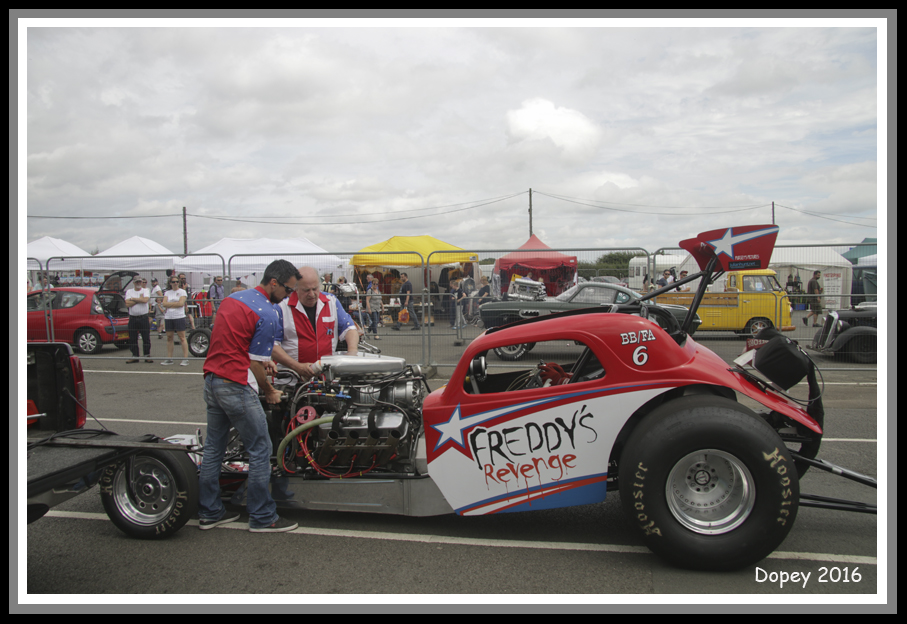 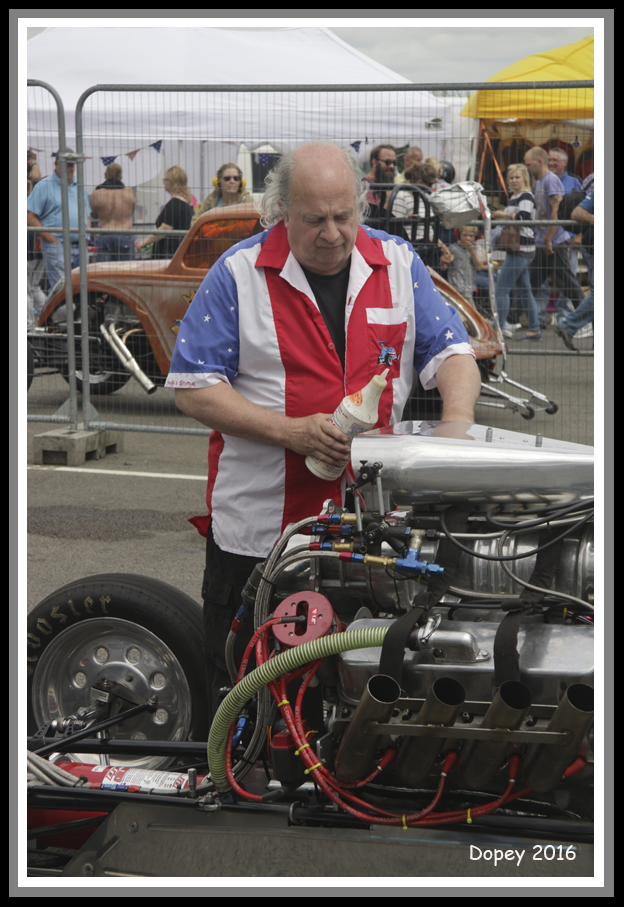 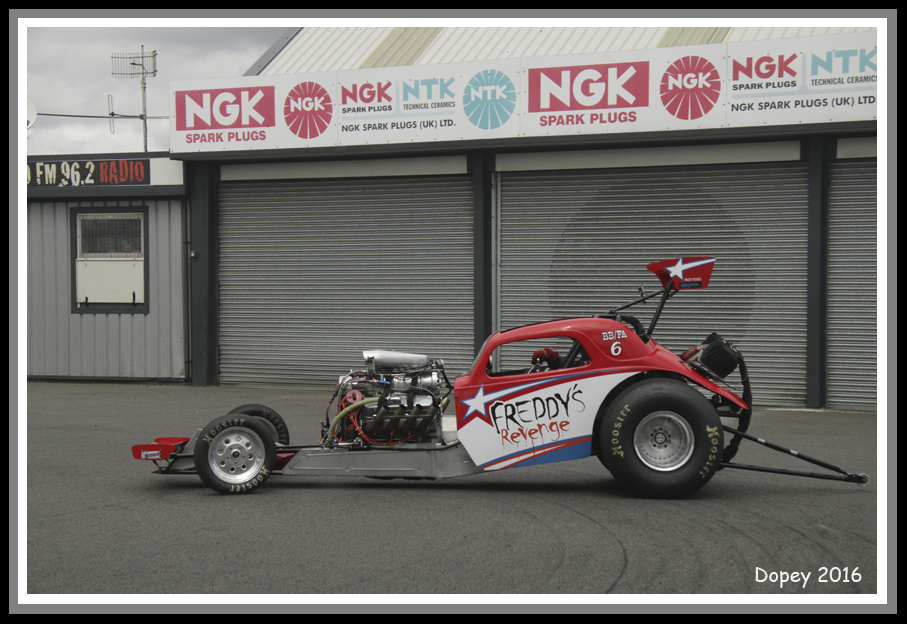 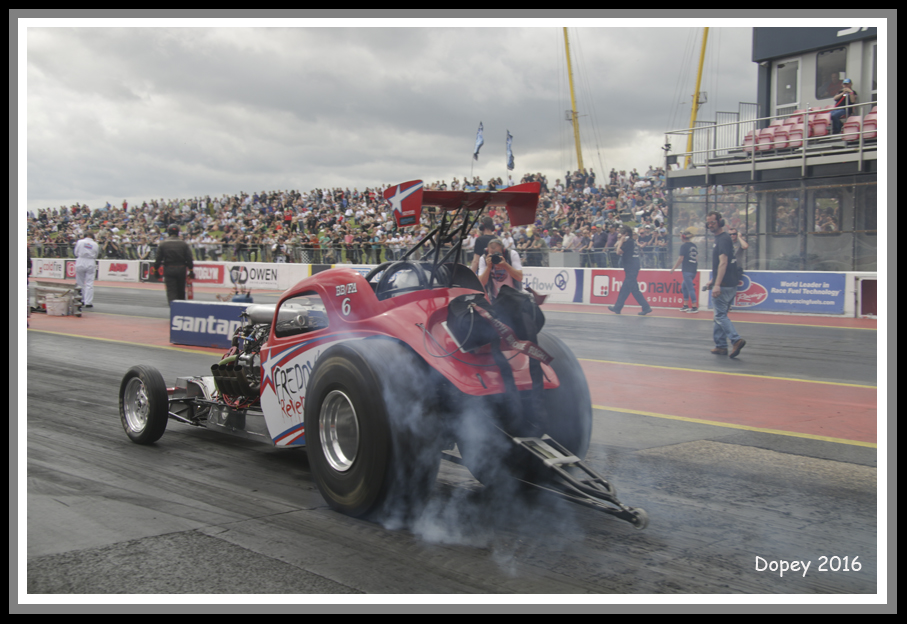 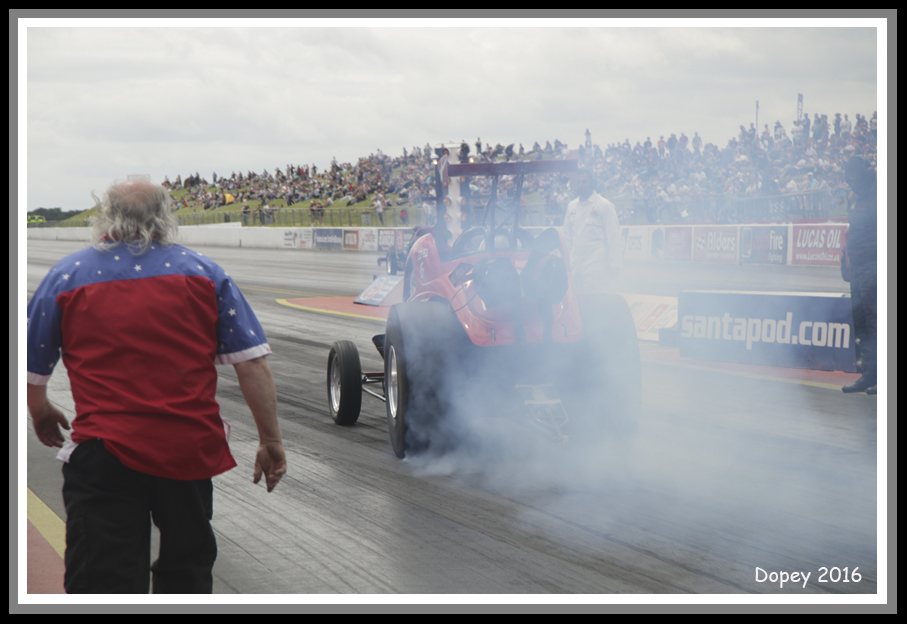 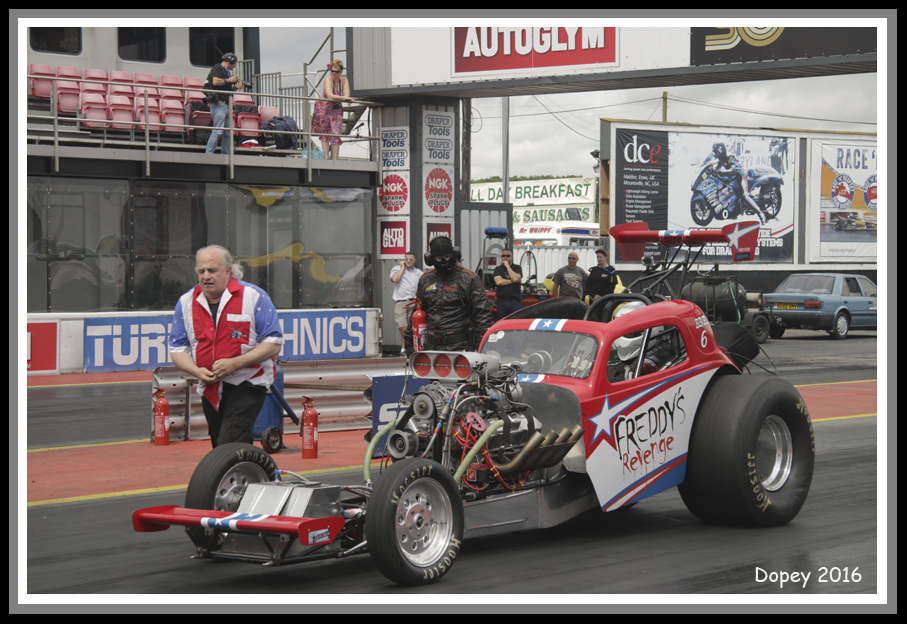 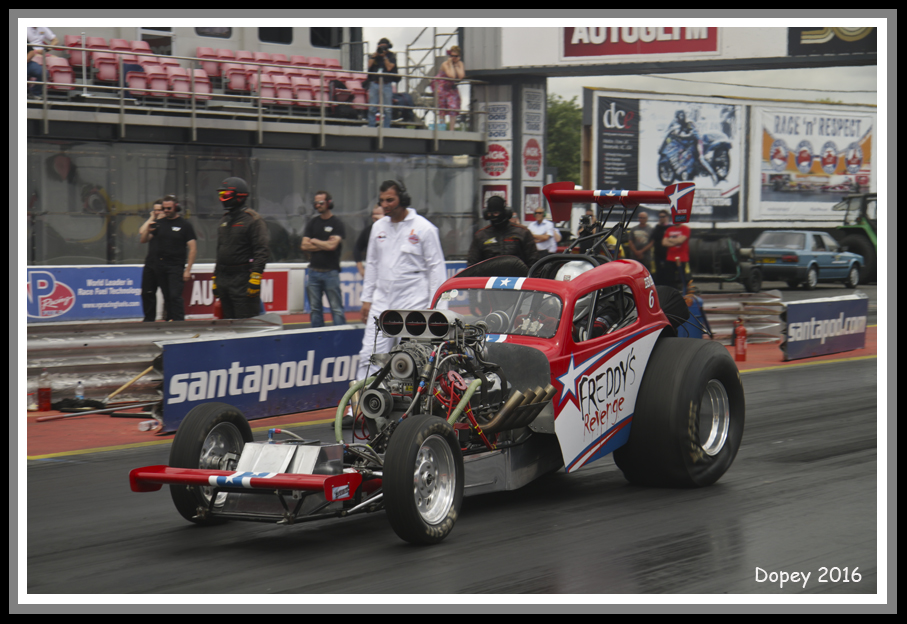 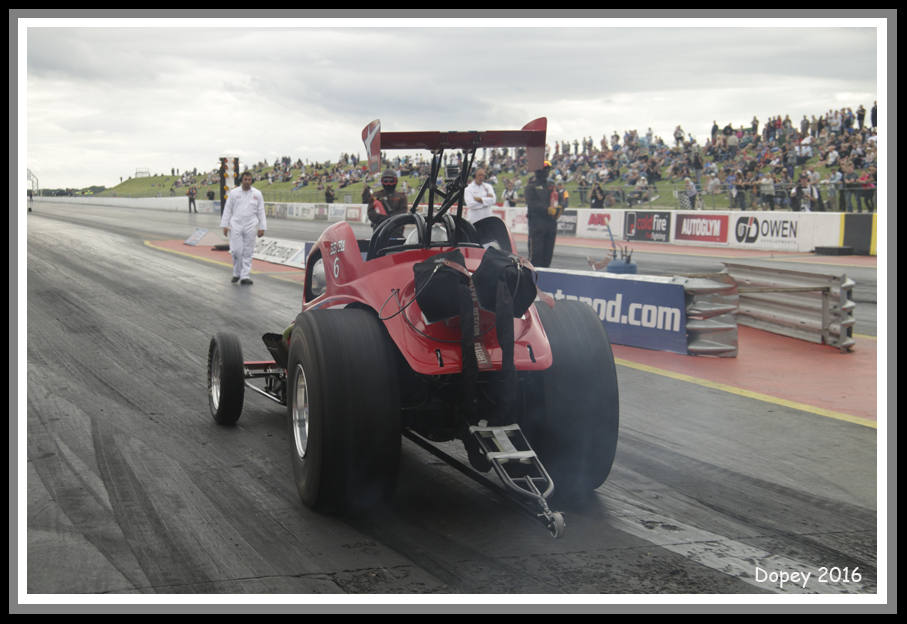 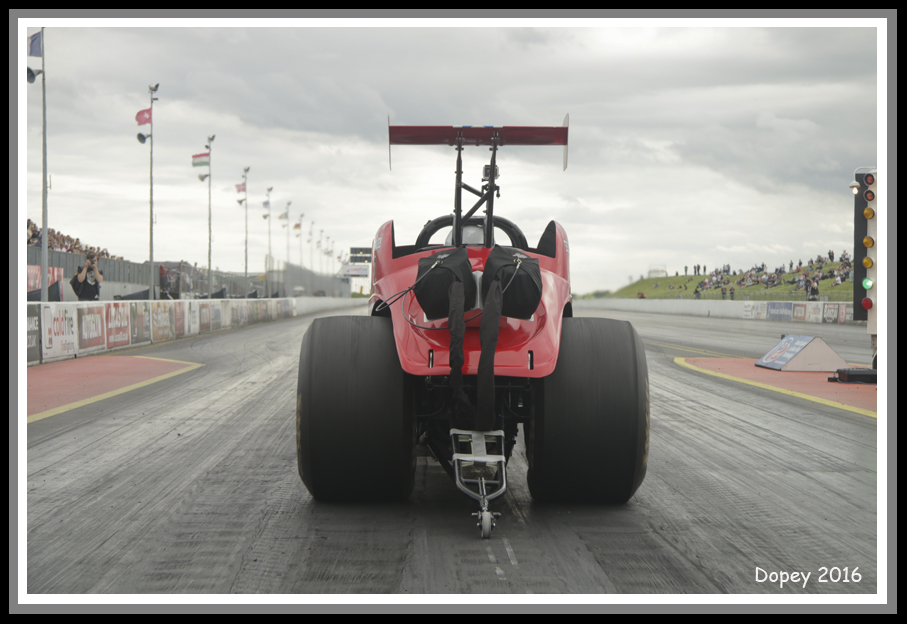 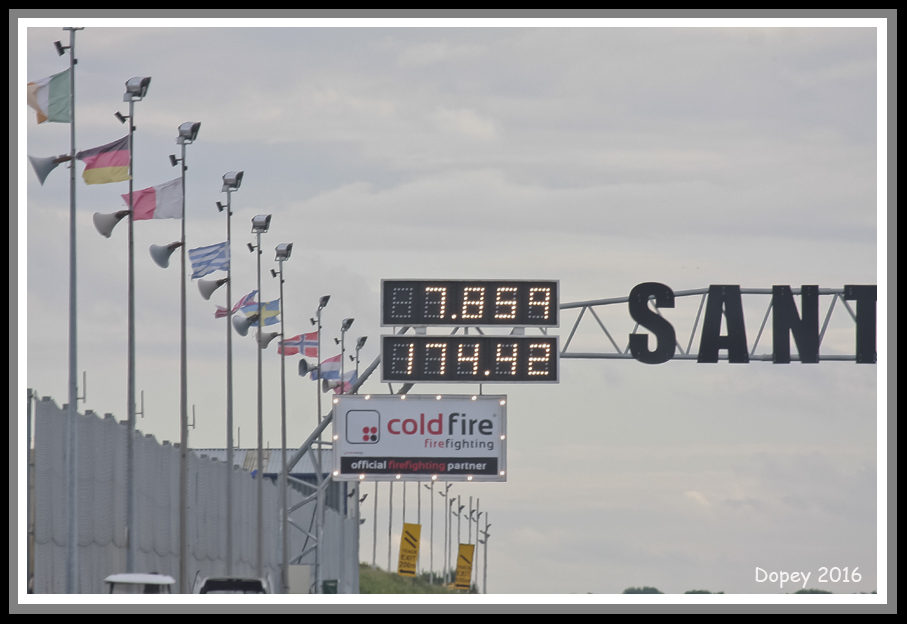 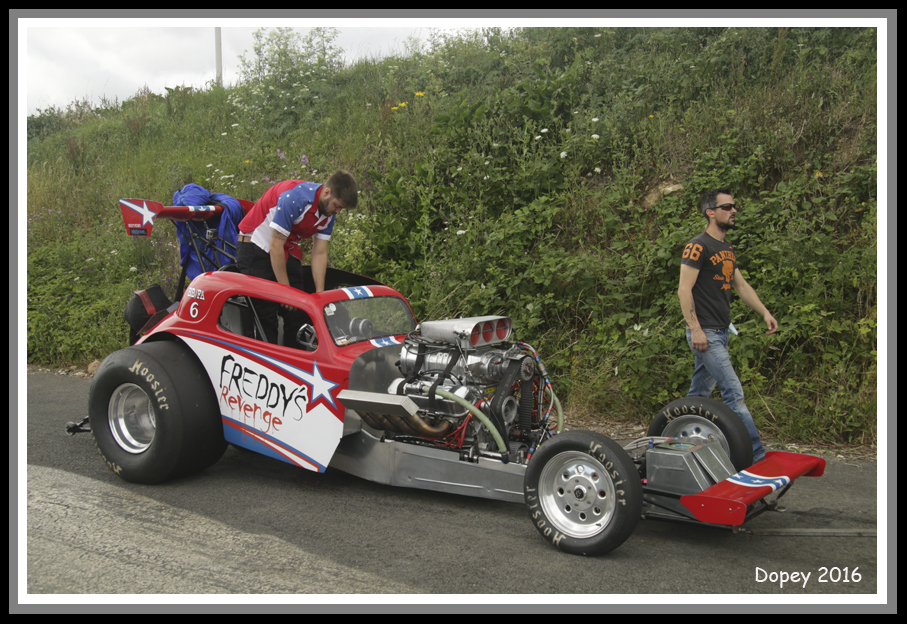 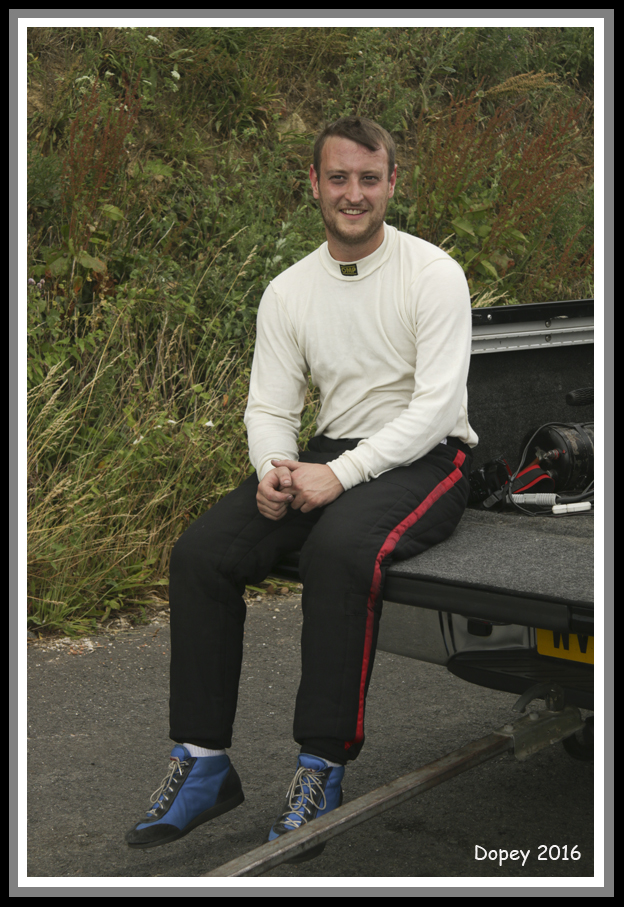 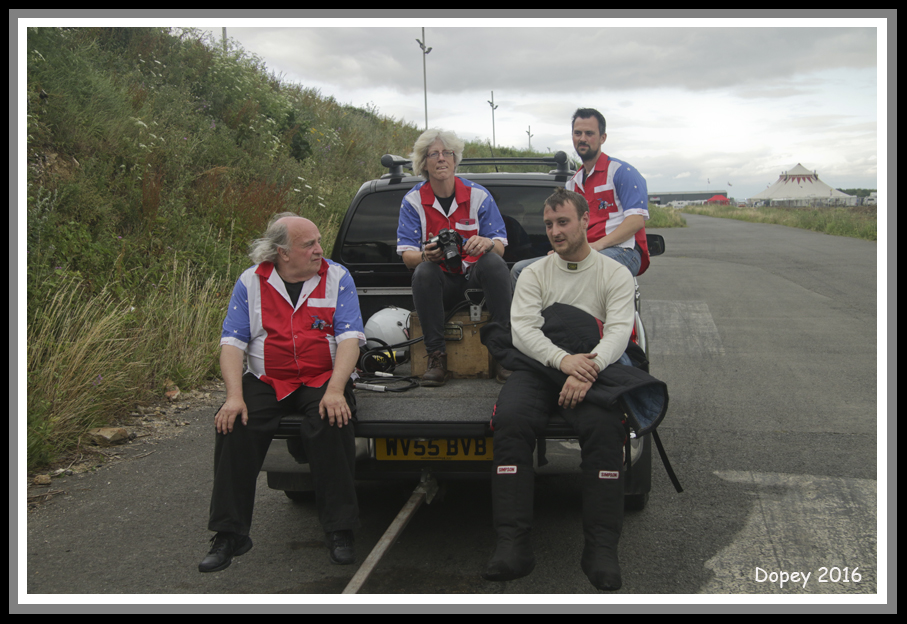 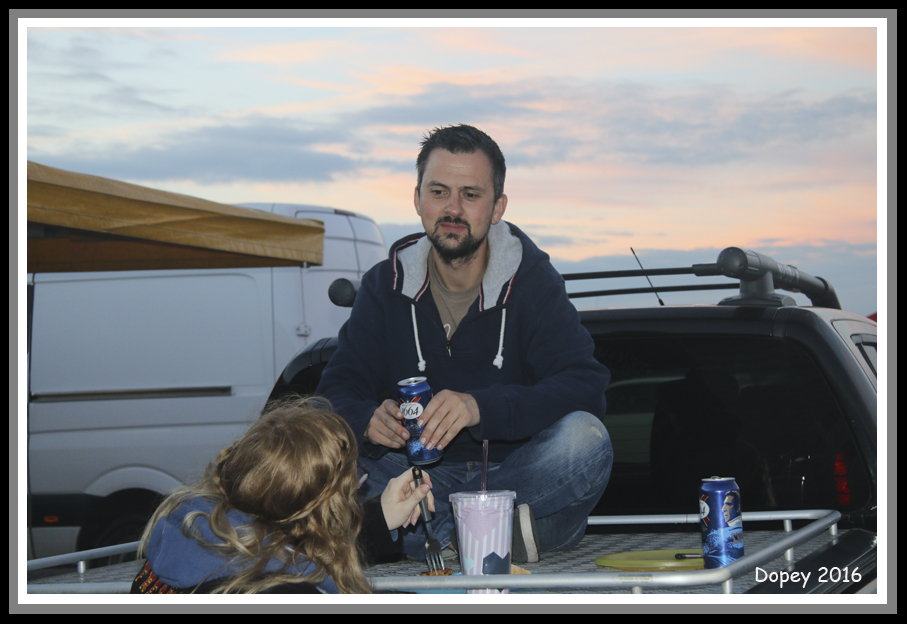